What solely used to be an emotional dump
will be a shack for sorts from now on.
SO FRIENDS?
Leave a comment
and I'll add you! :D
<3
Ashley
Multiply
deviantART
Plurk

Black hole sun, won't you come and wash away the rain? - Soundgarden

Here's a shoot I did with my sister yesterday during Typhoon Ondoy. For this set I was right outside, at the balcony, while the rains were pouring haha. Thank goodness our balcony had a roof. It was really freezing though.

I could only think about how blessed I was that our house was propped on a hill and we weren't that much affected. I feel so bad though for the people who were. I saw the pictures and watched the news. Ondoy was really bad. Everything outside is a wreck. I've never seen Manila like this.

I immediately thought of the song Black Hole Sun while editing these pictures last night. So I decided to turn these pictures into a sort of tribute to the sun to make the rain go away. 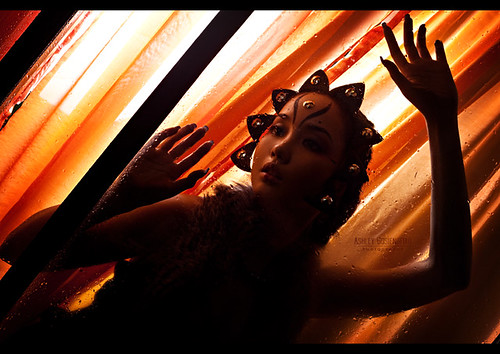 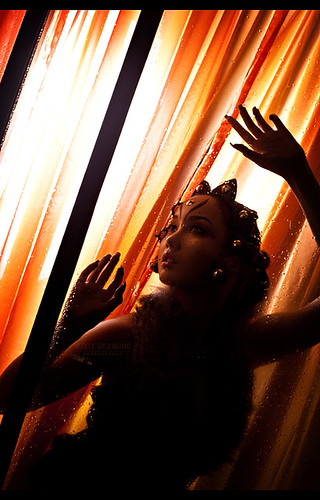 Being an elevator operator can actually be amusing!


- A couple of groups of people recognized me.

- One took out a notebook and had me sign on it.

- An old, probably sexually deprived woman got mad at the employee I was with because she got out at the 2nd floor when the place she was looking for was on the ground floor, and she was in such a hurry. Yeah totally our fault, huh. :p

- Elevator door opens, little kid runs in, adult runs in to grab the kid and runs back out.

- A security guard got on the elevator holding on to some high school kid and demanded me to close the door immediately so that the kid's friends wouldn't follow.


Not a dull moment in the elevator! Haha.

I finally got my 5D Mark II! Just 4 days ago. :D It's awesome. So awesome that it still actually hasn't sunk in that I have one already.

OH MY GOD I JUST GOT A 5D!!! *runs around and waves hands in the air like a crazeh woman*

Read about it and see photos here: my deviantArt journal

All this waiting's killing me! I've finally gathered up the cash I'd be needing for the 5D, but since there are suddenly all these parties and shoots and interviews sprouting here and there (haha I'm sorry if that sounded horrible), I'm moving my Hidalgo trip to sometime next week.

If you were wondering how I'd gotten some extra money so fast, well here you go. My sister Alodia offered to lend me some cash first 'cause she said she won't be using it anyway anytime soon!!! So my impatient self opted to accept her generous offer. HAHA WUHOO! I LOVE MY SISTER. <3

I'm paying her back as soon as I can, of course.

So all this waiting's been killing me, right? It's gotten so bad that I started re-editing some old photos!!! Only bored people with broken cameras like me do that. Curses.

So anyway, here's a few for your viewing: 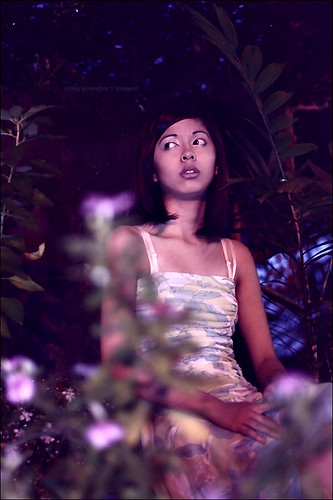 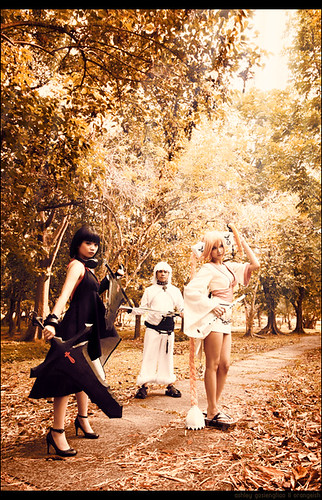 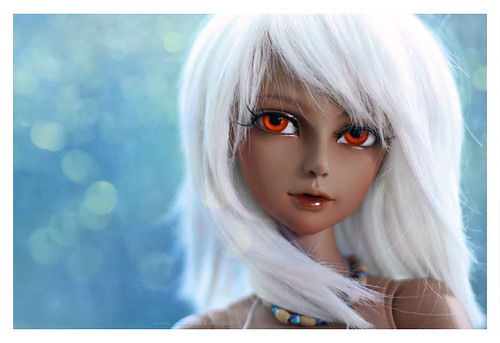 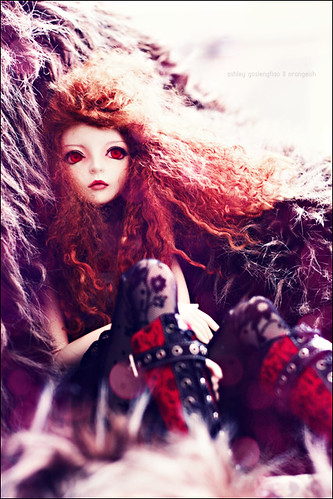 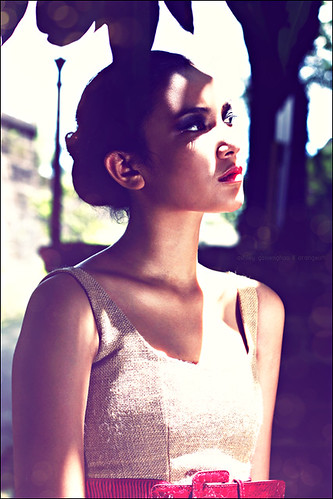 [PLUG]
Please give my Flickr and deviantArt pages some lurve! <3
[/PLUG]

Oh by the way, I heard that a certain person I really despise is planning to start getting into photography. Ooooh. Let's see the poor thing try. :)

I've only recently discovered a really cute couple up on Flickr. It's where they first met, and if I'm not mistaken, I think they're getting ready to get married soon! Not really sure though, I haven't gone through all of their stuff yet. Such a sweet story they have!! I've been stalking them since last night LOL. They are Aaron Nace and Rosie Hardy. :)

Anyways, Rosie had posted a list of the things she's been saving up for on their blog. And I think I wanna do the same thing, since my mind has been getting kinda cluttered and it needs some serious reorganization. My first step is to list down everything I'm planning to purchase on some kind of permanent space. :p

I was actually trying to save up for this all on my own, but my mom offered to help me out. And since I've been kind of impatient to get a new camera, I couldn't really refuse. Haha! I didn't really ask for anything for my 18th birthday anyway, so maybe this can be considered as a late debut request? :D haha.

So to be able to snag that 1st item (items actually) on the list, which is really all I badly need right now, I'd be needing 23,000php mooooooar. I could easily work for that amount, but school's been getting in the way. It's so bad that I want to give the school a punch in the gut. But oh well, complaining won't get me anywhere, would it. I must get back to work. :)

Cosplay Fusion! Oh my gosh! Huge, huge success! ALL BECAUSE OF YOU GUYS! YOU! YES, YOU! Hahaha! Thanks to all those who attended the event and for filling the whole place up. It was a really huge surprise that THAT much people were present. :) Amooiiizeng!

Passed by the Dokissaten Cafe earlier in the afternoon before CF started. :D


My thank you's also go to the cosplayers who joined the competition, and to the costrippers as well. If it weren't for you guys, it wouldn't have been called COSPLAY Fusion. HAHAHA! Right? Riiight. XD

Oh it's Roms! Who transformed from Wolverine into Optimus Prime and back. XD


And if it weren't for the bands who played, it wouldn't have been called Cosplay FUSION. Right?

...ang sabaw nun. Hahaha scratch that. XD Anyway. Thanks to Rakuen Science for being the first band to play for us, and to my good friends from the band called Milagro for being the second and third. HAHA. Yihee dami palang fans ni Migs eh. HAHAHA

Here's a photo of Milagro:


Oh, and thank you so much to the volunteers and to all those who helped out! You guys are the AWESOMEST! AWE. SOM. EST. I don't care if it's not a real word. I don't care if it's underlined red on my TextEdit file (which I will save now by the way, my complete entry got deleted the first time around because my computer crashed that's why I'm rewriting this now grurr, anyway). It's a nonexistent word that deserves all the meaning in the world when it comes to you guys. So thank you thank you thank you! Let's give ourselves a couple rounds of claps and pats on the back for a job well done. Hurrah! Hayahhh! You guys are da bezz! :3

I wasn't around yet so I wasn't in the picture!!!

There you go! Yay thanks Resh for my frappe! :D


Thank you so much again to everyone!

And most important of all, congratulations to my sister, Alodia, who worked the hardest to make this happen. Yehhhhs!

Here's a picture of the two of us all worn out. Plus I was suffering from one of my migraines again today. So forgive us for the haggardness. Hahaha.

Alodia, Mia, me, and Faus

Yay Faus! Thanks for judging! *hug*!!

So. It was my first hosting gig. Anyone could tell, really. Haha. I'VE ALWAYS HATED HOSTING. I hate talking in front of large audiences. I stutter a lot. Hahaha! Good thing I was with Marcelle and my sister Alodia, who are a lot more experienced in the field. Noobie me eh, no EXP powh me. Haha! But I do hope I've hiked up a level at least. Good experience, good experience. :p

Me, Marcelle, and Alodia

The hosts with Raymond of cscentrl :D


Aaaaand...I got some gifts again today! THANK YOU SO MUCH! I will post pictures of them soon. :D

Awright! So that's it for my entry about CF. I had blast! Did you? :D Yeaaahhh I'm sure you did. LOL. See you guys at the next event! WUHOO!

So, it's apparently the stomach flu that I caught. And for this, I didn't get to go to school today and push through with my plans of eating lemon chicken and hakaw for lunch. It's really sad. Now I can't really eat anything. Period.

The two dudes yesterday emailed me again, one of them was saying sorry, and the other one said that I'd receive his apology next time. Ugh, that one's a badly effed up person. He should definitely rot in a garbage truck.

I just got a text from a classmate that my 2nd (and last) class for today is a free cut. Ohhh lucky me supreme! Which means I only missed one class today.

I think I am currently experiencing an indigestion, though I didn't really eat THAT much. Hmm. Well. Uhh. Fine. I guess I did eat a lot, but nothing out of the usual from the past few days.

Anyways. My family went to Rockwell today, just like every Sunday. It being father's day today didn't really make a difference at all. We still did the usual: watch a movie, pig out, hear mass.

There was an orchestra right smack in the middle of the food floor, the UP Jazz Ensemble. I enjoyed their performance. Really really good. :) kind of makes me wanna join an ensemble.

Saw Resh today too. Saw some pendants off. Thanks Resh. :D

When I got home, I got a few new emails from two haters that are apparently brothers. Something about hating photographers because one of them lost his dreams of being one 'cause his hands started getting all sweaty and shaky. Yeah right, as if mine are all perfect. You should really see how bad my situation is. It's like a tsunami's suddenly gonna gush out of my palms. But I've learned my way around that. ;)

And then there's also something about hating me and my sister because we're rich that's why we get everything we want, and that they don't because they're poor. But hunny, look at it this way. We're workaholics that's why we have money. And you're a lazy bitter bum that's why you don't go anywhere. Stop complaining and get your fat ass working, and you'll most probably have a chance at a good life. ;)

Okay, my tummy's really complaining now. Maybe it needs some money too. HAHA

My iPod broke. Now I have no life. iCry now.